An UPDATED peek into my Game Design and Development Program 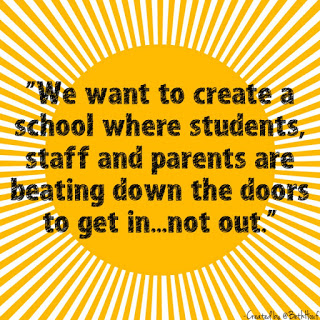 A number of years ago a member of my PLN, Justin (@techucation on twitter), had a few questions about my Game Design and Development class. I took it as an opportunity to share what I've been up to with a global audience in the initial "Peek into my Video Game Design and Development Program" post. Looking back, I see that I posted that in 2012. Now, several years and several iterations of the course later, a similar question was raised. This time it was fellow educator, David W. Deeds (@dwdeeds on twitter). Take a look at the initial post. This post will reiterate on some, but otherwise take off from where the last post left off.

David asked about my curriculum as well as a list of products / resources I have available for my students. I will start by saying that my class as well as my epic learning space has evolved over a number (ten plus) years. I believe it could serve as a great model for others interested in creating a similar program and I am happy to chat as I believe there should be more opportunities for kids to learn based on their interest / passion and for many games is at the center of their universe. Furthermore, the game design industry is HUGE and rivals (perhaps has even surpassed) the movie industry. There are many opportunities for students to pursue a career in game design and development. The roles within the industry are quite diverse including graphic design and animation, programming, 3d modeling, sound engineering, storytelling, marketing, advertising, game testing, and so much more. My goal has been to provide a choice (Quest) based learning environment modeled after a game studio in order to allow students to find and nurture their niche within a game design team. The blog post, "Evolution of a Game Design Studio" will provide some insight into the ideas related to the learning space as well as the resources that we have brought into the space to provide many options for students to take learning into their own hands. 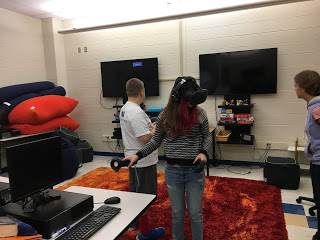 For a number of years I used 3dgamelab (http://www.3dgamelab.org) as my quest based learning management system. Within 3dgamelab you can create quest lines for students to pursue and set prerequisites needed to unlock other quests / quest lines. Students earn XP for successfully completing quests. Once submitted, I review their quest and either approve it or provide feedback so that they can improve upon it and resubmit it. I have coined the phrase "iterative grading" for this model. The beauty is that it provides a great vehicle to create a valuable feedback loop between the student and the teacher. From a philosophical standpoint, I value learning, not grades, so for me allowing a student to keep improving until they are successful is much more effective than accepting something, giving a grade (whether or not the child can demonstrate their learning) and moving on. The choice based model lends well to this because I am not trying to wrangle an entire class through a curriculum that is time sensitive or group paced. In the end, grades (again, not a fan really) are based on student accomplishments related directly to the quests they complete.

Recently, I moved over to ClassCraft (http://www.classcraft.com). I love the classcraft team and have been hassling Devin to add a quest based component to the platform as that is without question the most important aspect of gamification to me. I love the idea of earning XP and all of the other elements that turn the class into a game, but choice based learning is at the center of my course, so this was a must. Devin and I had met a few times and his team recently launched a beta of the integration of Quests and they did a beautiful job incorporating quests into the platform.

ClassCraft allows you to share your quest lines and I am happy to share so essentially all of my lesson plans are available for others to import and use as is or 'remix'.

Here are links to my current quest lines in ClassCraft. I am interested to see if the links automatically update as I add quests to each quest area as my course is always evolving with additional learning opportunities for students. In fact, I still need to import quite a bit from 3dgamelab so that all my quests are available to my students in ClassCraft:

As I mentioned, there will be additional quests added as I fully move over to ClassCraft, but the new quest lines are growing organically as the kids are ready for new content.

Following is a list of resources I have made available to my students. Special thanks to our school PTO for their contributions of the large flat screen TVs and the yogibo furniture! Many of the other resources came from crowd funding (donors choose), foundry 10 (as part of the VR research) and activity funds from our game club. In addition to my courses, I am the adviser for a VERY active after school game club. That's another conversation entirely but we are looking to bring casual and competitive gaming into more schools and create an exciting program that can connect schools for multiplayer gaming, tournaments, leagues, etc.

Please check out our Game Design WAMS class youtube channel (hit that subscribe button while you're there!) and our showcase of student work on pinterest. You will find many games created by students, redstone contraptions, tutorials, game walk-throughs, reviews, and much more!

Posted by Games and Learning at 9:55 AM